The Nintendo Wii is infamous for being built off of its predecessor, the GameCube, with a few extra features added on. Most of the new hardware and features can't be accessed directly by the PowerPC processor and was instead silently regulated by the Starlet co-processor, running IOS.

Throughout the development of the Wii, IOS kept evolving. Online functionality, USB 2.0 support, and many other big additions did not exist in the launch IOS version.

On the flip side of things, some features were never finished or were scrapped! Leoetlino stumbled upon an incomplete feature of IOS that was meant to regulate games and channels! 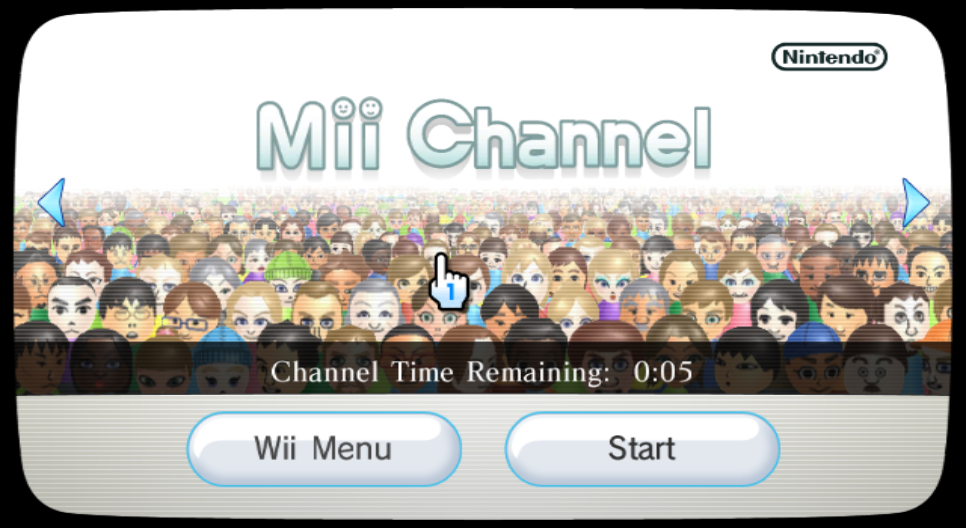 Leoetlino has spent the past year working on Dolphin, primarily in IOS emulation. One of the noteworthy things about how he's taken up this task is that he's been willing to emulate things that serve little or even no use. Tons of unused (or at least not known to be used,) behaviors are now emulated in Dolphin thanks to his work.

In the case of this timer, it's not even used on the Wii, though the functionality does still exist! Through further investigation, he discovered a bunch of ways to regulate a game being played! While most of these no longer exist, because IOS's source code was accidentally open sourced, we can see what even the timers were going to be, even the completely unimplemented ones!

Despite the impressive list of strange limitations, only duration and number of launches are actually implemented in IOS. No one has ever seen them used because nothing released for the Wii actually uses either of these features.

It may sound like the story should end here - there's not much else to do but think about what if, right?

Leoetlino decided to take it a step further. Because he knew that duration and launch count should technically still work, he went through effort of modifying a title to use them so that he could test out this feature in Dolphin.

After an hour of working on it and trying to implement it, things started to come together. 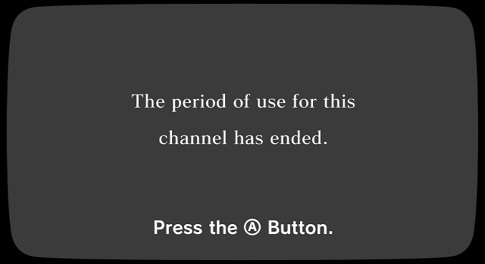 Once time's up, you're returned to the System Menu with this message. 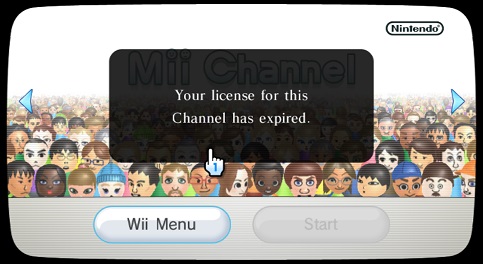 After which, you can no longer access the channel.

Do note that this isn't from a final implementation - properly implementing and testing everything will take much more time, but it does show that this functionality does indeed work and that Dolphin can emulate it!

While we don't know exactly what these features were for, we can assume they could be used to regulate demos. A lot of demo content (including the masterpieces included in Super Smash Bros. Brawl) actually contain the whole game, but are limited by a timer. Another possibility that comes to mind is that they could have been used as a parental control. Alas, it never came to be and only a fragment of what they were planning was finished.

Even when Dolphin does implement this feature, don't expect to ever run into it. As said before, no official titles use it! However, any homebrew or game mod wishing to take advantage of this functionality will be able to test it in Dolphin once Leoetlino's implementation is completed.

Just remember: it isn't especially hard to work around the timers in an emulator anyway!

More information on the initial discovery of this functionality can be found on The Cutting Room Floor.

Thanks to a point-out from booto, I now know at least one title did use this, but it's ironically already something from homebrew! An early version of the Homebrew Channel had a 10 minute time limit and a 1 launch limit, making use of both of the completed modes.

Foreword Tales Through Emulation is a series of articles about playing through games on various emulators and sometimes alongside console. Not only will I judge the game, but the experience the emulator provides

One of the perpetual issues surrounding emulation (and now gaming in general) is copyright law. It's not even just piracy: more and more games have rules when streaming and content uploaded to YouTube