RPCS3's Patreon account may not have been suspended or shutdown, but a huge blow was dealt to the emulation community. Atlus, the developers of Persona 5, have used threats to RPCS3's cashflow in order to get the team to remove any mention or media of Persona 5 removed from their website. Patreon stood up for the project in this case, and did not shut down the account. But, they did recommend all Persona 5 media and mentions were removed from their Patreon and their site. RPCS3 complied, and thus the Patreon page still stands, albeit censored of content thanks to Atlus.

“The PS3 emulator itself is not infringing on our copyrights and trademarks; however, no version of the P5 game should be playable on this platform; and [the RPCS3] developers are infringing on our IP by making such games playable” - Atlus

While this is a disappointing turn of events, it's not exactly shocking. Atlus was extremely protective over how people streamed the game, not caring if people were enjoying it, but how they were enjoying it, too. As someone who has bought games from Let's Plays and listening to music online (including Etrian Odyssey 1 - 3, another Atlus property...), this kind of behavior is frustrating. I've literally bought their games brand new specifically to use in emulators.

The best response to this I've seen was from one of my friends, "If you don't want Persona 5 to run in PS3 emulators, don't release it on PS3." And I'll take it a step further - don't release it on PS4 either. What if there's a PS4 emulator in the future that lets it run on PC? Hey! That solves two problems at once - now you don't need to worry about streaming, either.

In fact, stop making your games altogether; that way you'll really get back at all of those people who love your games and tried to support you, too! Everyone loses, just like they do thanks to your actions today.

Whether or not what Atlus is claiming is true (spoiler: it's not), all emulators are now in danger. By bowing to the pressure, all publishers now have a blueprint on how to attack emulators on Patreon. It's an old-school tactic; if you don't like what someone is saying, don't attack the person, attack their livelihood.

The disappointing part to me is that RPCS3 caved. Money is important, but it feels like they were more than happy to throw away their rights in order to keep taking in their (admittedly substantial) income from Patreon. That begs the question: at what point is it not worth it?

What if Nintendo says the same about cemu and Mario or Link? They go crying to Patreon that cemu infringes their IP, even if it's not illegal. With how much money they make on Patreon, they'd be forced to do whatever the site wanted in order to keep the revenue coming in. There are tons of emulators on Patreon, from mGBA, MelonDS, cxbx-reloaded, to frontends like Retroarch.

While it's unlikely any one will bother an older emulator, with the way emulated titles are now being sold again by Nintendo (and yes, Sega and Sony with their classic lineups), there's a definite danger to any emulator or project.

This could deal a major blow to emulation. As a (small) part of Dolphin, one of the things I thought about was "What if Dolphin had a Patreon, what would the project be able to do with the money?" The answer was - maybe more infrastructure stuff? But ads on the site already cover the buildbots, hosting, automated tests and much more. There really wasn't anything to be gained by joining Patreon. And now, I'm extremely happy the project doesn't have something like this hanging over it.

If I'm an emulator that needs Patreon money to survive, I'm worried right now. Patreon didn't cave to Atlus, but what happen if Nintendo suddenly decides, "Hey, this emulator infringes on our IP because it says the name of our console on its website." If you're relying on Patreon related income, that's a serious problem, and I don't know what happens. Hopefully, it never gets to that point.

Where to go from here

Gaming takes a blow on this day, not just fans of emulation. Preservation efforts, mods, and other gaming projects survive on Patreon. If a big company doesn't like what you're doing, they can cut off your revenue. It may come as common sense, but, it seemed that for a while Patreon was this magical way to get more money from users without any backlash.

Now it appears this dream is over and the harsh reality has set in. Patreon is now a means to control emulators. I'll leave this here for everyone else.

RPCS3 can run Persona 5 at higher resolutions than even the PS4 version. I highly recommend you play it on PC instead of on console.

I'm not a big Sega person, but when I saw a SegaCD unit for cheap in a Goodwill, I had to grab it. I had this vision of playing all those weird FMV 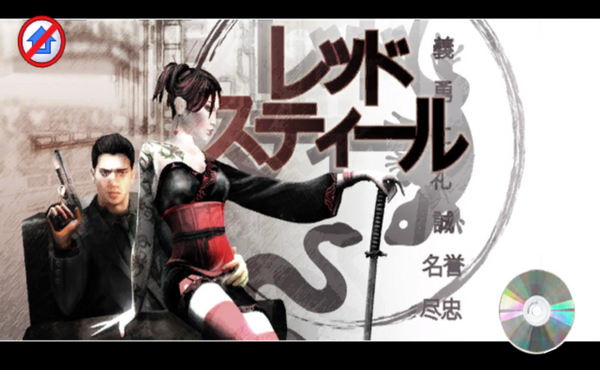 Every time there's a huge feature merged into Dolphin, I always say in the dev channel, "I never imagined X would work in Dolphin before Red Steel." Ubershaders, Dragon Quest X,